Nara, once the capital of Japan and one of the oldest cities in Japan is a historical city with 8 UNESCO sites and mostly famous for it’s deers, old temples and a giant buddha statue.

When you think of Nara, you’ll probably imagine old temples and old buildings, which would be correct. That’s why the following staffpick, ‘Chami’, feels a little out of place, but not in a bad way. 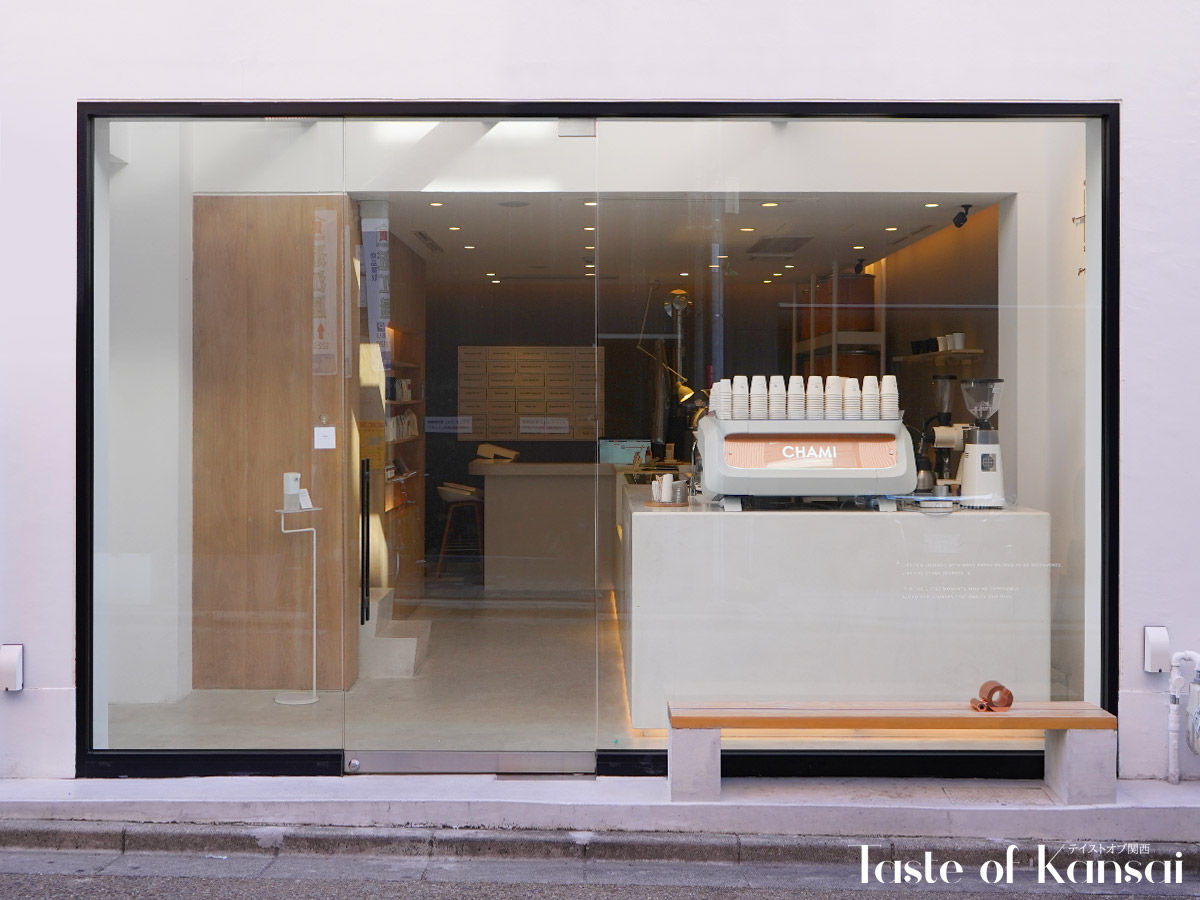 Chami is a stylish two-floor café situated along the famous Konishi Sakura Dori shopping street on a 5 minute walk from Kintetsu-Nara station. It opened it’s doors in 2019 and due to its stylish design has been extremely popular.

It stands out from the neighboring buildings with its chalk white exterior. The entire façade is white with large glass windows set in a black frames. Placed on the side of the building, above the small neighboring shrine is a large Chami, °C logo.

In front of the café is a small concrete and natural wood bench with a copper Chami logo on it which is of course popular for instagrammers. 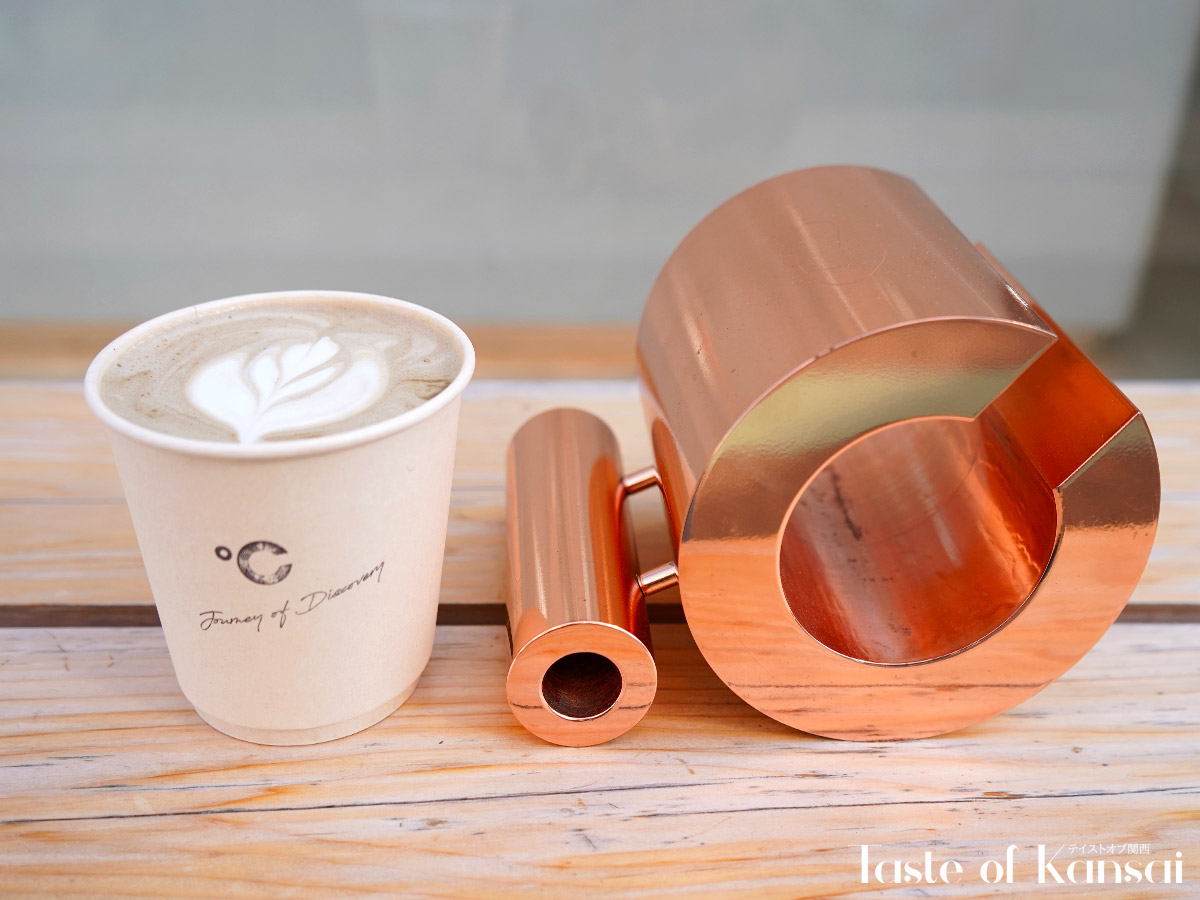 Similar to its exterior, Chami also has a modern and minimal style interior that makes use of only a few materials that include concrete, natural wood and copper elements.

Entering the shop you will find the order counter on the right with a countertop that runs all the way to the back of the shop which has a beautiful smooth concrete finish. On top of the counter is Chami’s signature custom made coffee machine. 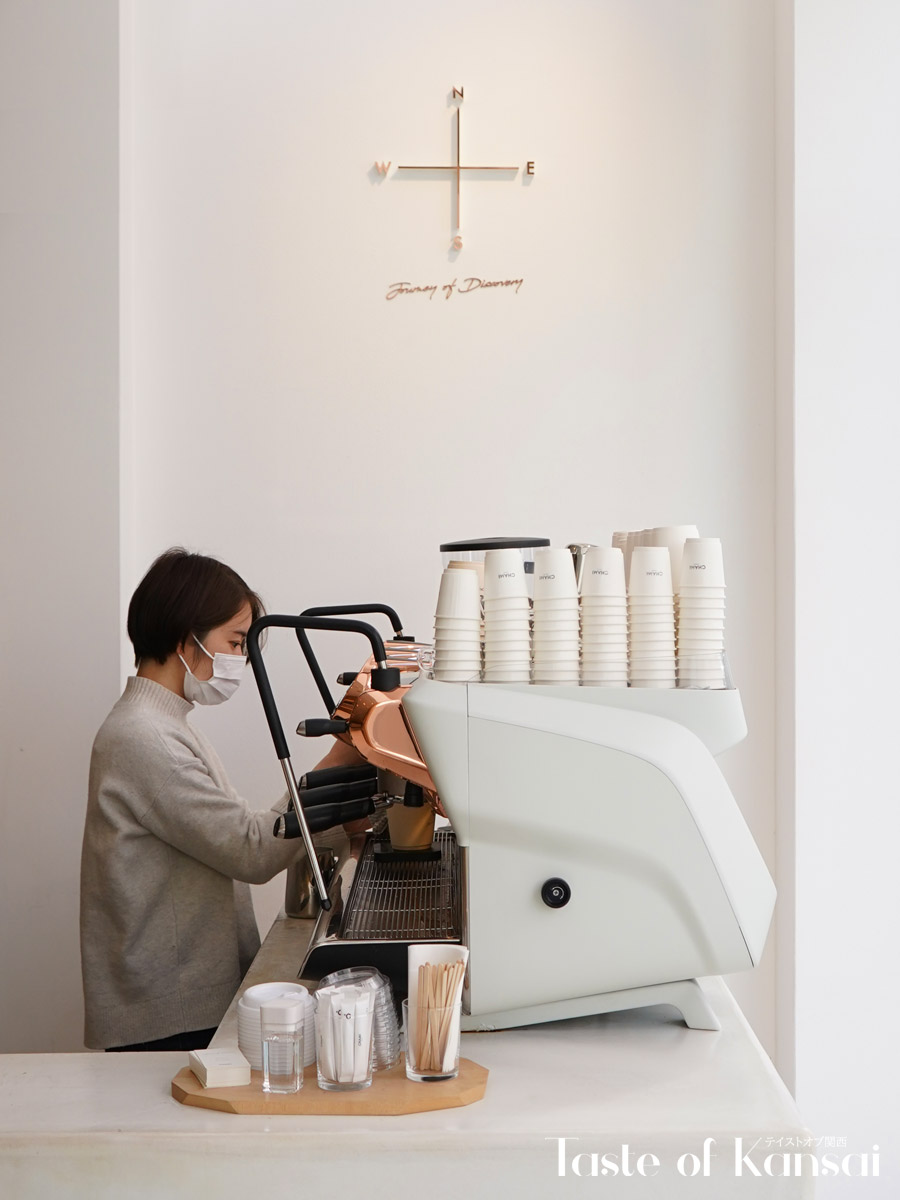 On the left of the shop are stairs that lead to the second floor and shelving with products for sale. While the steps are concrete, the walls and shelving around are made from beautiful natural wood with two digital displays embed into the side of the shelves.

In the back of the shop you can find the roastery with large barrels and bags that contain some of Chami’s blend coffee beans. Next to the roastery are a few counter seats and a small shop that sells some general goods like Chami brand t-shirts and bags. 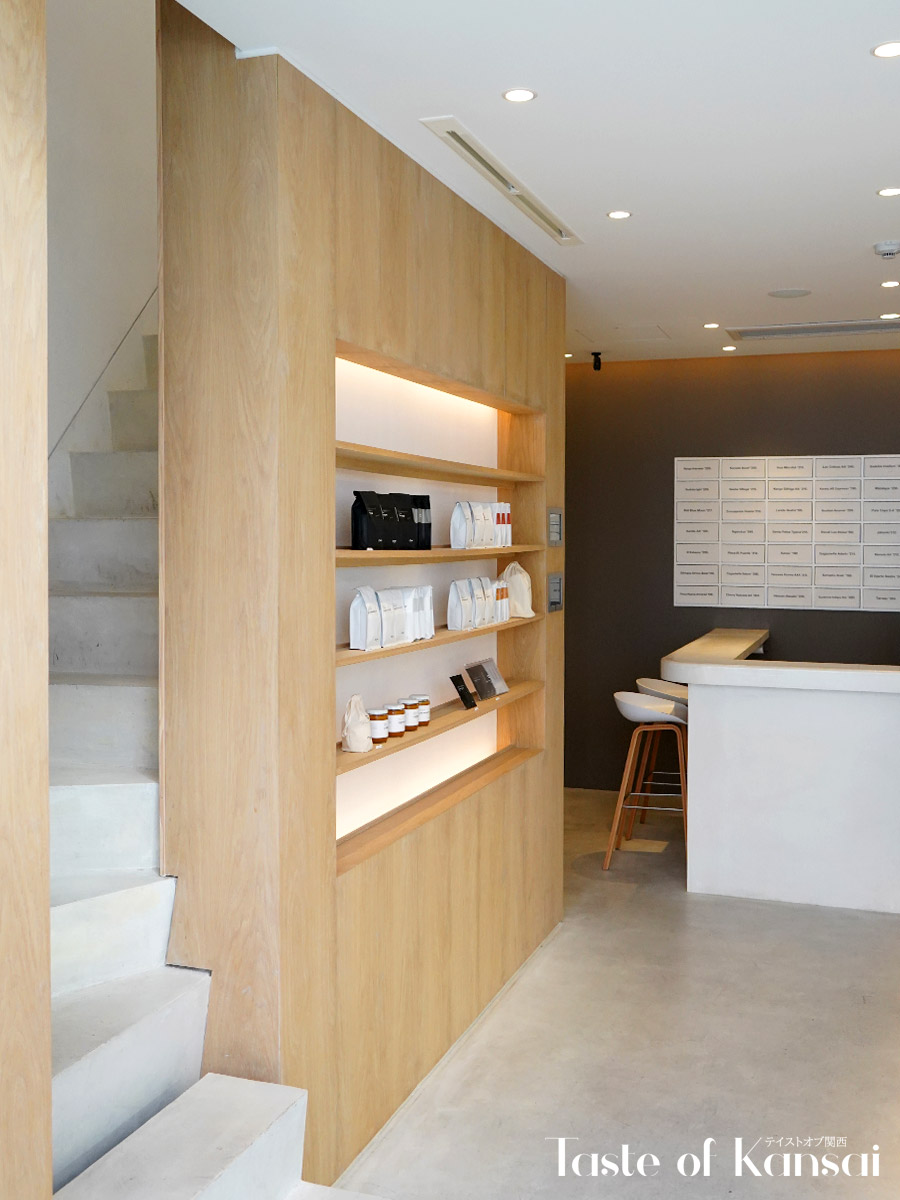 The stairs on the left lead to the second floor seating area and toilets. The seating area upstairs consists of a few tables and some counter seats. With the atrium in the front of the cafe the counter seats have view over the street and entrance of Chami below. 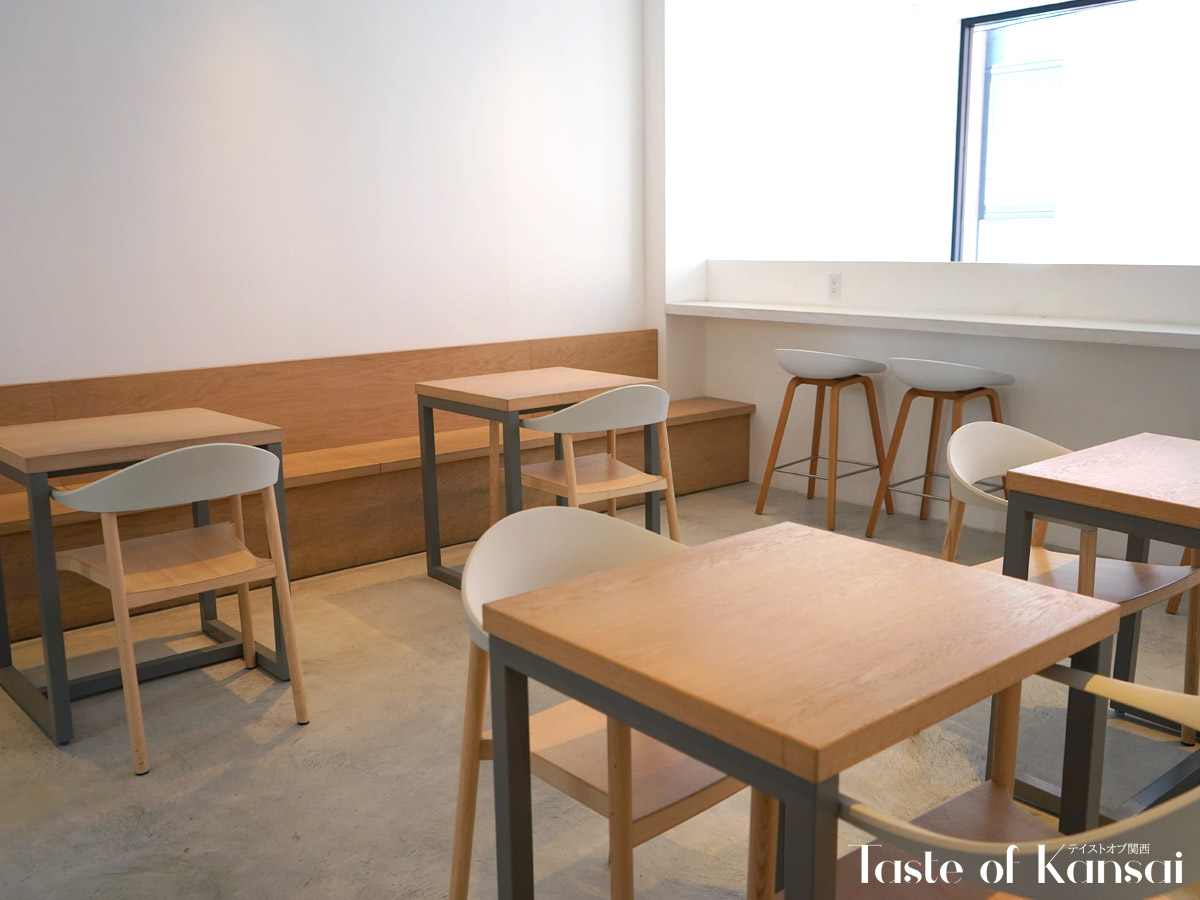 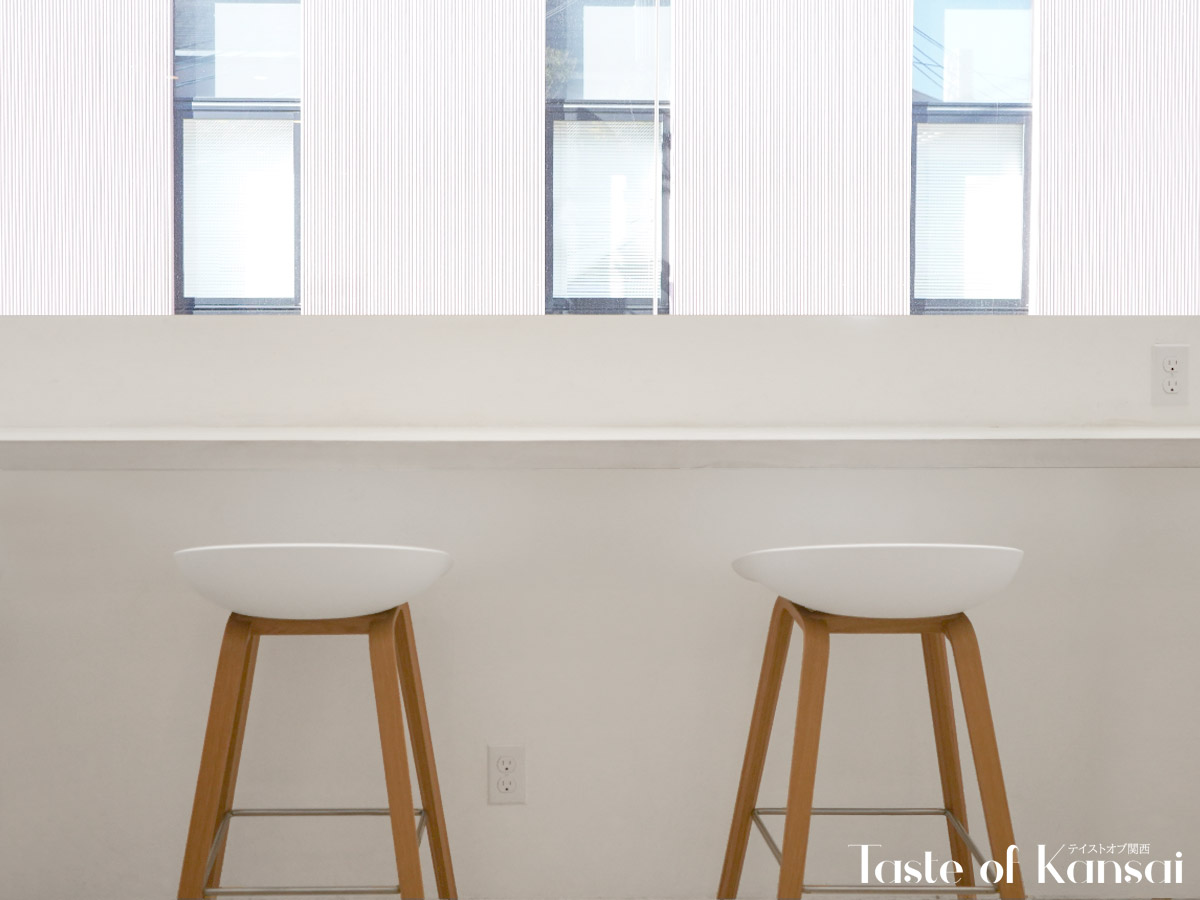 Chami has a large selection of various coffees to choose from with their specialty being ‘Chami Cocktail Coffees’, which are coffees mixes with various liquors like Baileys or Bombai Sapphire. Besides their cocktail coffees they also serve a variety of espressos and hand drip coffees.

Non-coffee drinkers fret not, they also have other drinks like: ‘hojichalatte, English tea, and a few juices’. 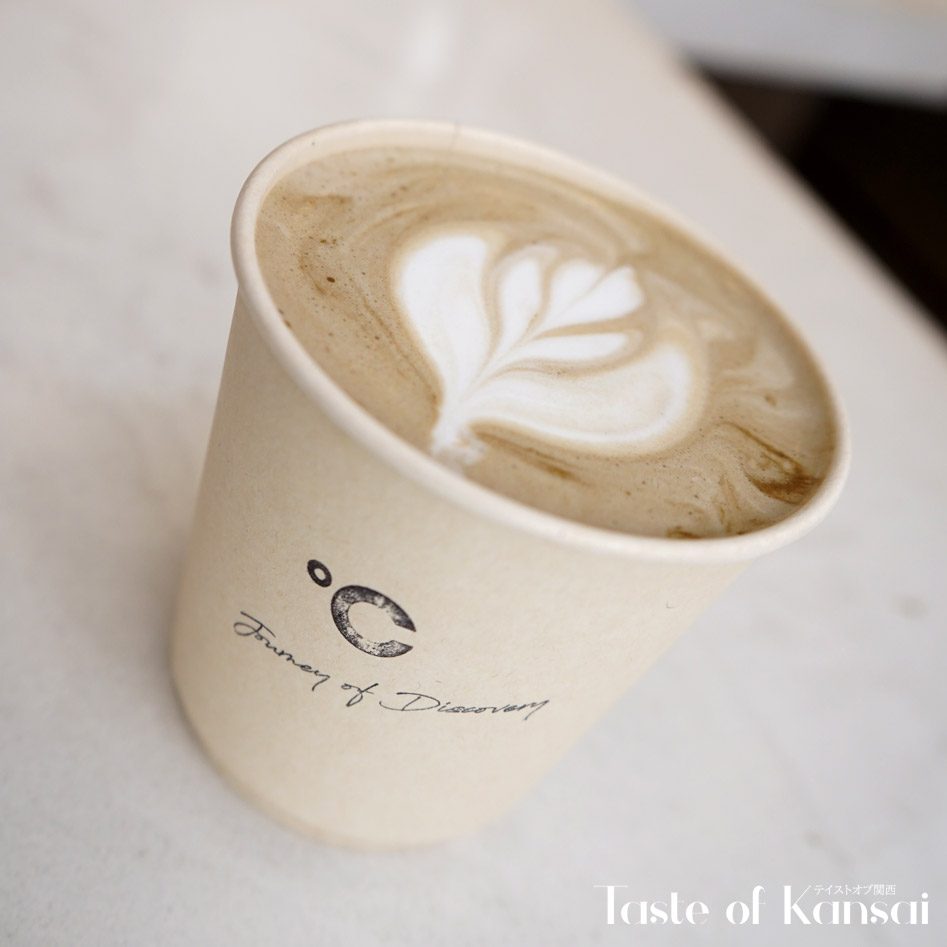 Besides drinks Chami also sells a wide variety of delicious sweets that include: ‘cherry pie, tarts, scones, cinnamon rolls, choco blamange (which we assume is called blancmange) and their own brand of custard pudding’. Enough delicious sweets to choose from. 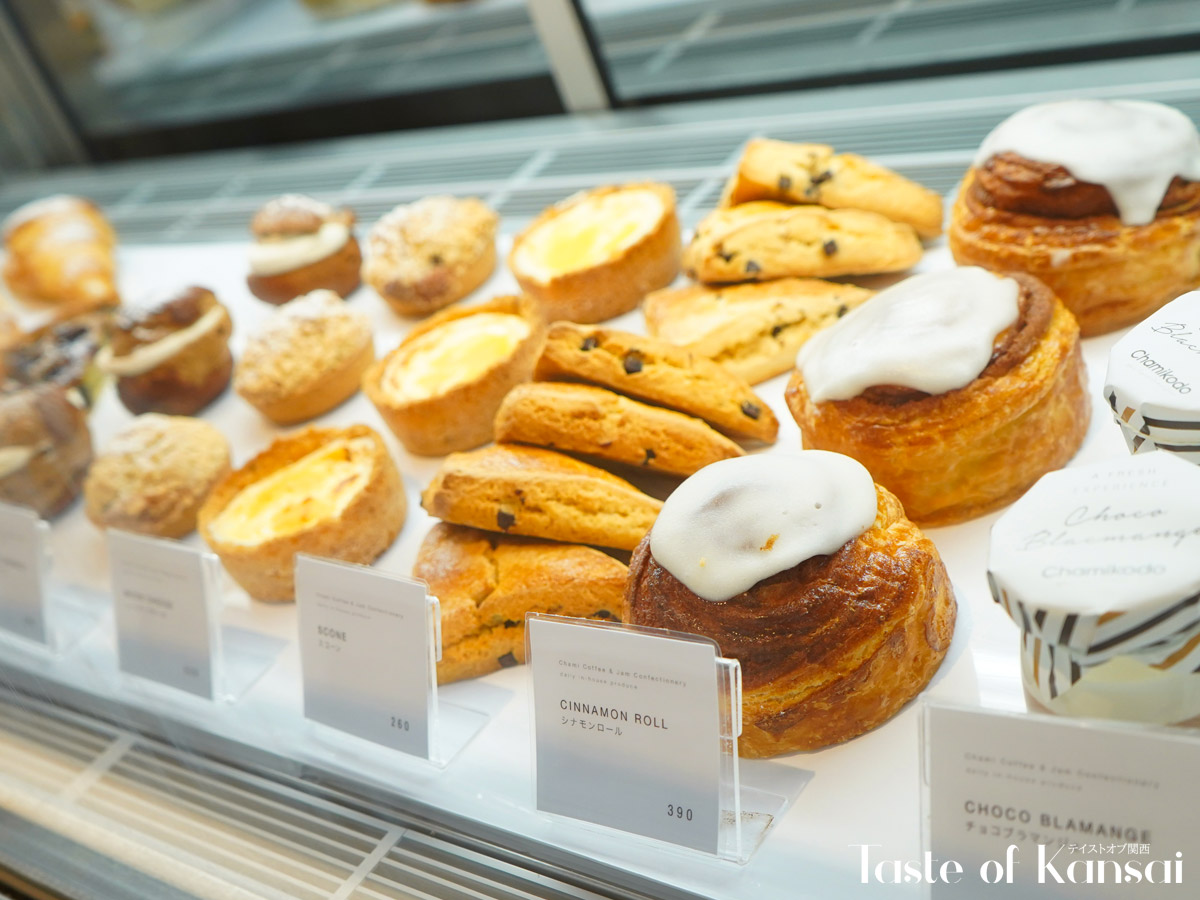 Chami is an extremely stylish modern-style café that seems out of place in the historical town of Nara but is a great place to have a nice coffee break with some sweets during your outing. It’s extremely popular and heavily recommened.

The best cafes to study or work from in Osaka

We’ve rounded up some of the best cafes to study or get some work done in Osaka. 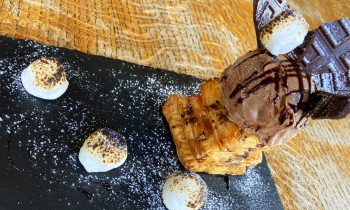 Summer is almost here so what better way to cool down than with some delicious ice-cream. Here is our guide. 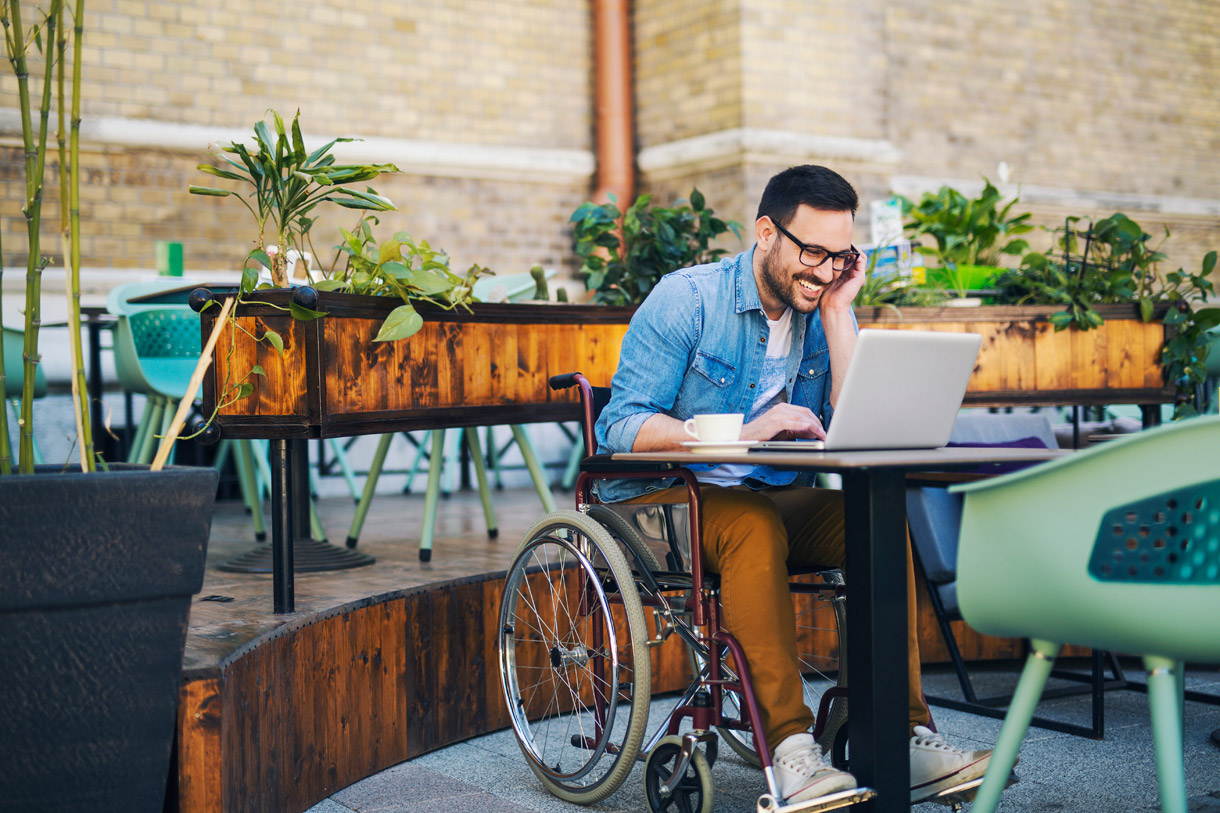 Our selection of wheelchair friendly cafes in Osaka. 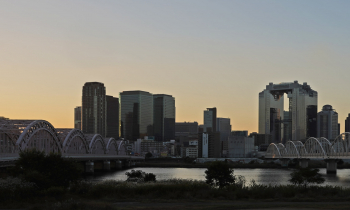 Are you an early bird? Don’t fret, we have your early early morning cafes in Osaka.